It will fly from Sao Paulo, Recife, Salvador and Fortaleza to 20 other cities in Brazil, based on the alliance reached with the Brazilian airline.

Air Europa has taken a step further in its international development and, as of January of next year, it will fly to more than 20 Brazilian cities from Sao Paulo, Recife, Fortaleza and Salvador, applying the codeshare agreement reached with GOL Linhas Aéreas, Brazil’s largest domestic airline by market share.

This alliance will enable Air Europa to deploy its code on 78 domestic flights and offer its passengers from Europe –via Madrid– perfect connectivity and a broad range of flights, featuring some of Brazil’s most important cities. Thus, it will extend the inter-airline agreement currently in force.

The codeshare agreement with GOL has been applied through the commitment Air Europa has made to Brazil and through its commitment to develop its international growth with greater domestic connectivity in the country.

The synergies generated through this agreement will also translate into greater European tourism traffic to Brazil and significant advantages for Passengers travelling on a codeshare flight, such as purchasing a single ticket, a single check-in and more convenient and easier connections with minimal waiting time.

Air Europa’s sales director, Imanol Pérez, has expressed his satisfaction with the agreement reached, “enabling us to bring all our passengers new and fascinating destinations in Brazil. We are very proud of the agreement with GOL and collaborating with them gives us complete guarantees in our growth in the Brazilian aviation market”.

Under similar terms, Randall Aguero, director of Alliances, distribution and international business development at GOL, stated “We are very happy to establish a codeshare with Air Europa. GOL is the market leader in Brazil and offers a wide and diverse network in the Country, besides products and services of high quality to offer the best travel experience for our customers. We have invested in partnerships that provides ever-increasing benefits to customers, frequent flyers will soon be able to earn and redeem miles with both our Smiles and Suma programs”.

This agreement means that Air Europa has reaffirmed its commitment to Brazil, where it has been operating for more than 20 years. At present, the airline has direct flights from Madrid to Sao Paulo, Salvador and Recife. From the end of December, it will also fly to the city of Fortaleza, thus, completing its presence in north-eastern Brazil’s tourist triangle.
The alliance also features an agreement between Air Europa SUMA and Smiles, the respective loyalty programmes of both airlines, enabling passengers to earn and redeem miles on their flights.

GOL Linhas Aéreas Inteligentes is the largest airline in Brazil, transporting more than 32 million customers per year. It’s also a leader in both leisure and corporate travel markets in the country. In 18 years of history, the airline has a key role in the democratization of the air transport in Brazil, becoming the largest low-cost airline in the industry with the best rate of Latin America. Currently, it offers 750 daily flights to 76 destinations – in Brazil, South America, the Caribbean and, and the United States – with a standardized fleet of 125 aircraft Boeing 737. The company maintains strategic alliances with Air France and KLM, besides offering to customers 14 codeshare and 77-plus interline agreements, bringing more convenience and ease in connections to anyplace served by these partnerships. Aiming at being the First for All, GOL has continuously invested in products, services, and customer service to deliver the best travel experience. #NovaGOL strengthens this concept, presenting a company that leads in different aspects – punctuality and comfort with the increased supply of seats and more room between seats; connectivity and entertainment, offering the most complete platform with Internet, movies, and complimentary live TV; the offering of VIP Lounges for domestic and international flights; the best loyalty program in the market – Smiles; and a customer service recognized and awarded by various organizations, such as Brazilian’s ANAC (the National Civil Aviation Agency of Brazil), consumer advocate website Reclame Aqui, and the Brazilian Forum of Relationship with the Customer. As for cargo transport and logistics, GOLLOG enables the acquisition, distribution, and delivery of parcels for various regions of the country and abroad. Internally, GOL relies on a team of 15,000 aviation professionals — highly qualified employees who are always focused on safety, the airline’s number one value. More information at www.voegol.com.br 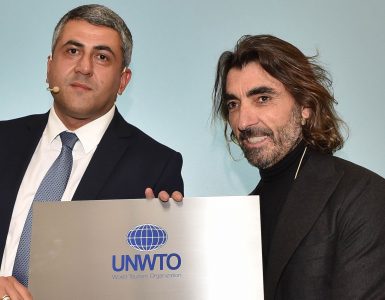 Proposals from around the world will begin arriving 13 September at Wa-kalua, Globalia's tourism innovation hub.